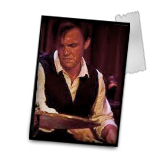 Paul Derricott, 29, is committed to developing his own strong musical voice. Paul’s passion is improvised thematic music. Paul has established himself as a member of the The Denominators, Miss Donne, MG and The Frauds, New School Collective (Cairns), The Mark Lewis Quartet and The Matt Crane quartet. Paul has also worked with Carl Dewhurst, Brendan Clarke, Dave Panichi, Nick Bowd, Sean Wayland, James Muller, Dave Theak, Chuck Yates, Jane Irving, Dale Barlow, Warwick Alder, Don Rader and as the leader of Arrow. He toured Europe with Aron Ottingtons band Aronas, performed at the London Jazz Festival with The London Jazz Collective and was a guest artist with the Oxford University Big Band on their tour to the North Sea Jazz Festival. 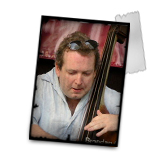 Brendan Clarke is a Sydney Jazz Double Bassist. In 2001 he was the winner of the National Jazz Award presented at the Wangaratta Jazz Festival. He is one of Australia’s most sought after bassists and has performed extensively across Australia at all major venues and jazz festivals. He has also toured Europe many times which has included performances at the Berlin Jazz Festival, Jazz hooilart in Belgium and the Locano film Festival in Switzerland. He has also performed at the Monterey Jazz Festival in California. In Australia he has had the opportunity to play, record and tour with many great international and national jazz artists including Kirk Lightsey, Jim McNeely, Wycliffe Gorden, Barbara Morrison, Don Rader, Dale Barlow, Vince Jones, James Morrison, Roger Manins, Bobby Gebert, John Harkins and Bernie McGann. 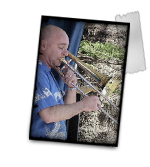 In February 2006 Jeremy returned from Ireland to his native Sydney Australia. He reclaimed the guitar chair in Wanderlust and performs regularly at the Intercontinental Hotel with singer/pianist Bonnie Jensen. A new version of ‘Jazz Organism’ featuring Darren Heinrich, Laurence Pike (drums) and Spike Mason (sax) has performed for the Jazz Groove Association and plans are afoot to release a live recording of Jazz Organism “Live in Dublin” later this year. During his career, Jeremy has had the opportunity to work with many other fine musicians including Bernie McGann, Paul McNamara, Jackie Orzaczky, Tony Buck, Don Burrows, Phil Wilson (USA), Indra Lesmana (Indonesia), Phil Slater, Matt McMahon, Jim Kelly, Paul Cutlan and many more. He has also played in many other groups over the years covering a wide variety of musical styles including ‘The Zips’; ‘What is Hip’; Monica Trapaga’s Continental Deli and Brazilian Spectacular; Chris Cody’s Coalition; Grace Knight’s Big Band and Frank Bennett’s Big Band.

“Gai Bryant …one of the brightest lights in the local jazz scene.”
– Financial Review

“Paul Derricott’s… outstanding and varied compositions, intelligently played; (are) a demonstration of how pop influences can be fused into valuable jazz interpretations. ”
– John McBeath

“What Sawkins (does) with the tunes is explore the idiom’s moods – from sunlit buoyancy to the blues-tinged reflections of a Philip Marlowe on a lonely stake-out -from a contemporary perspective.”

The Gai Bryant Quintet
Listen to recordings of the quintet ...