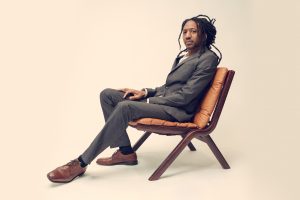 Born in the Pinar del Río province of Western Cuba, Villfranco was classically trained in percussion and composition at the prestigious Instituto Superior de Arte in Havana, Cuba. In 1995 he relocated to the U.S where he has worked extensively in the jazz and Latin jazz scenes throughout the US.

In the wake of early innovators such as Mario Bauza and Machito and later Chuchos Valdes, Villafranca is at the forefront of the latest generation of remarkable Cuban pianists and composers making major creative contributions to the international development of Cuban jazz.


Since his debut album “Incantations/Encantaciones” ranked amongst the Top 50 albums of 2003 (JazzTimes), the Steinway artists has received a multitude of accolades including Jazz Corner’s Pianist of the Year (2008), BMI Jazz Guaranty Award (2008) and the NFA/Heineken Green Ribbon Master Artist Music Grant (2008).

In 2010 he was nominated for a Grammy for Best Latin Album (2010) and in 2014 received the Swing Award at Jazz at the Lincoln Centre. Last year, he was among five pianists chosen by Chick Corea to perform at the first Chick Corea Jazz Festival, also receiving the Sunshine Award which recognises excellence in the performing arts, education, science, and sports of the various Caribbean countries, South America, Central America, and Africa.

His music has been described as “passionate” and “a new application of ancient ways” by jazz legend Chick Corea, while internationally celebrated trumpeter and Artistic Director of Jazz at the Lincoln Centre, Wynton Marsalis, professes to having been “profoundly moved” by the Cuban composer’s vision and musicianship.

Villafranca has released three albums under his name. He has performed nationally and internationally as leader of his quartet, and as a sideman he has collaborated with leading jazz and Latin jazz artists including: Wynton Marsalis; Jon Faddis; Sonny Fortune; Giovanni Hidalgo; Eddie Henderson; Miguel Zenón; Cándido Camero; and Johnny Pacheco.

Currently based in New York, Villafranco is a faculty member at Juilliard and the Manhattan School of Music and resident professor at Temple University in Philadelphia. 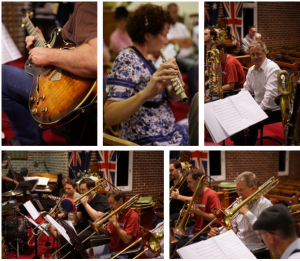 Formed in 2013 by saxophonist and composer Gai Bryant to play with Cuban rumbero Justo Pelladito on his visit to Sydney in 2014, the ensemble have thrilled audiences with their limited appearances to date.


The project began when Gai Bryant travelled to Cuba to research folkloric Cuban music styles for her doctorate and met with acclaimed percussionist Roman Justo Pelladito Hernandez, an expert in Cuban rumba and a founding member of the prestigious Conjunto Folclorico Nacional de Cuba. Justo became a primary source of information for Gai as she adapted traditional Cuban music styles: rumba, danzón, bolero and punto libré for her dynamic big band.

The group, which has been immediately embraced by both jazz and Latin music fans, looks forward to introducing a much wider audience to their brand of Cuban exuberance, passion and fire.